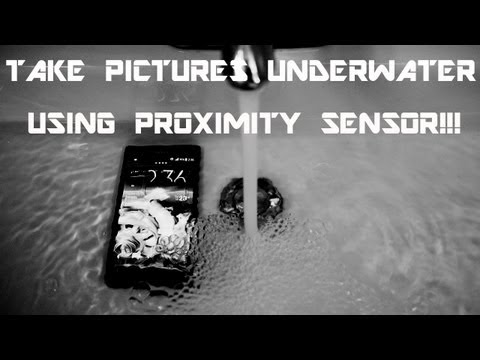 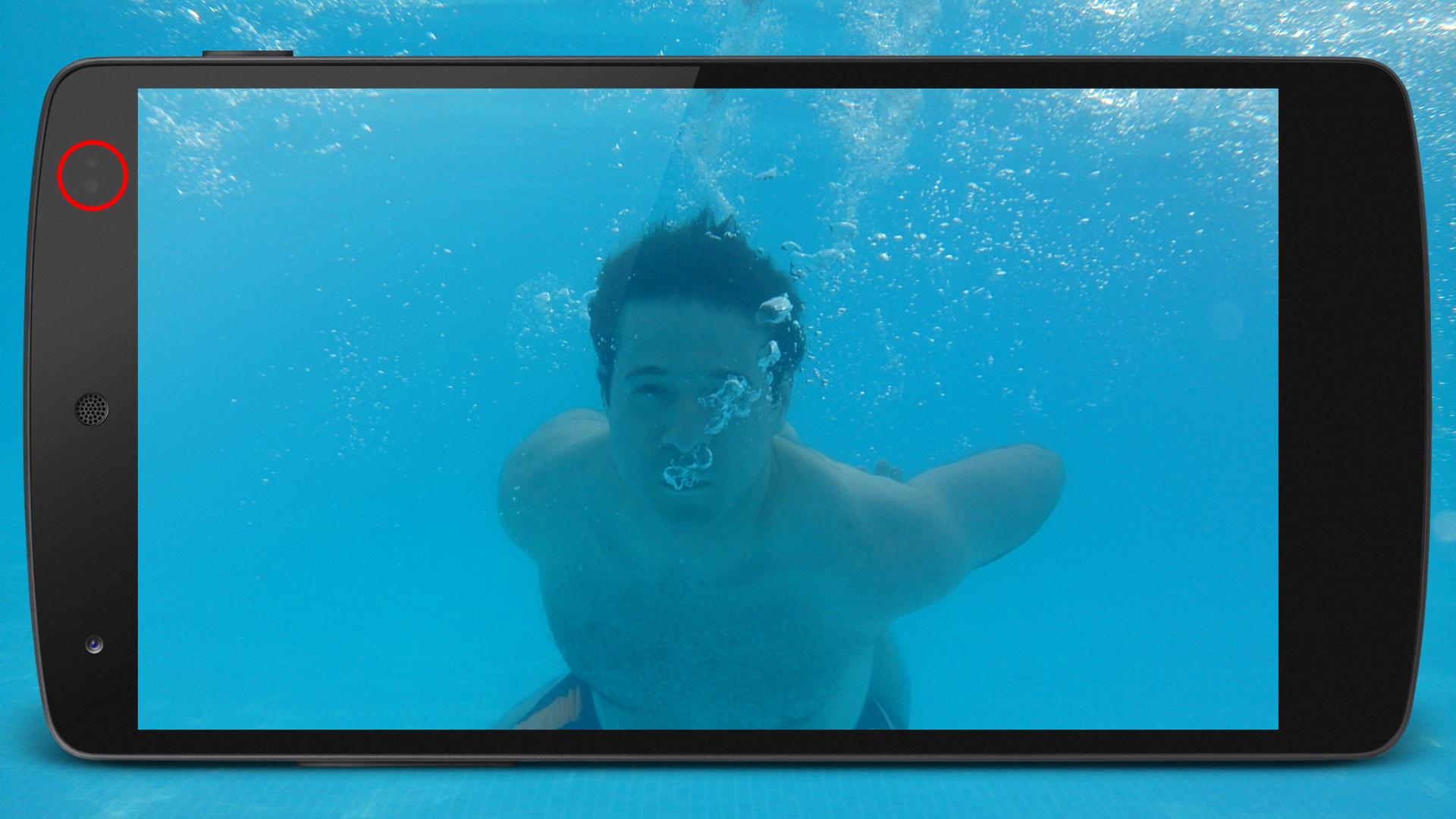 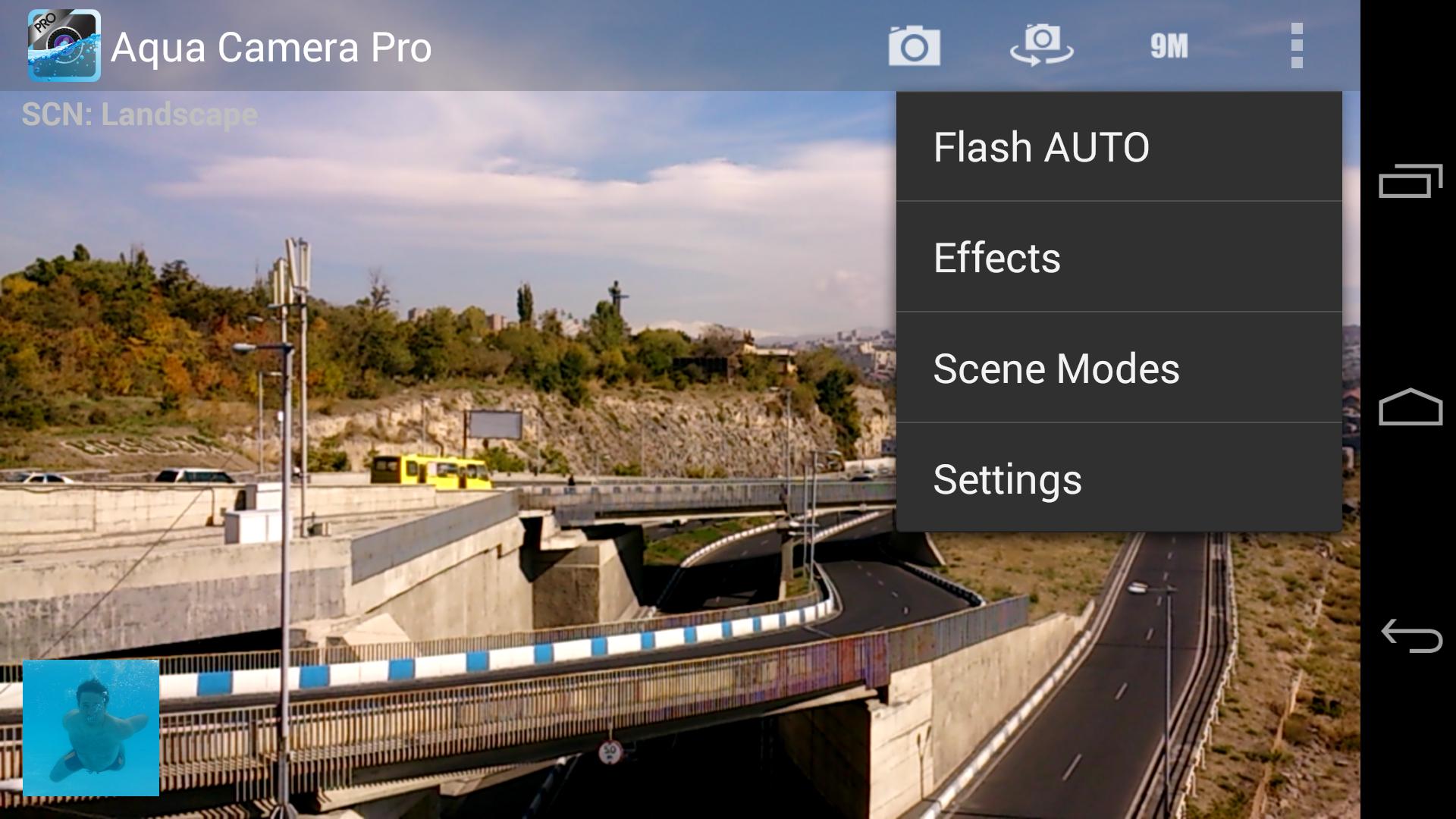 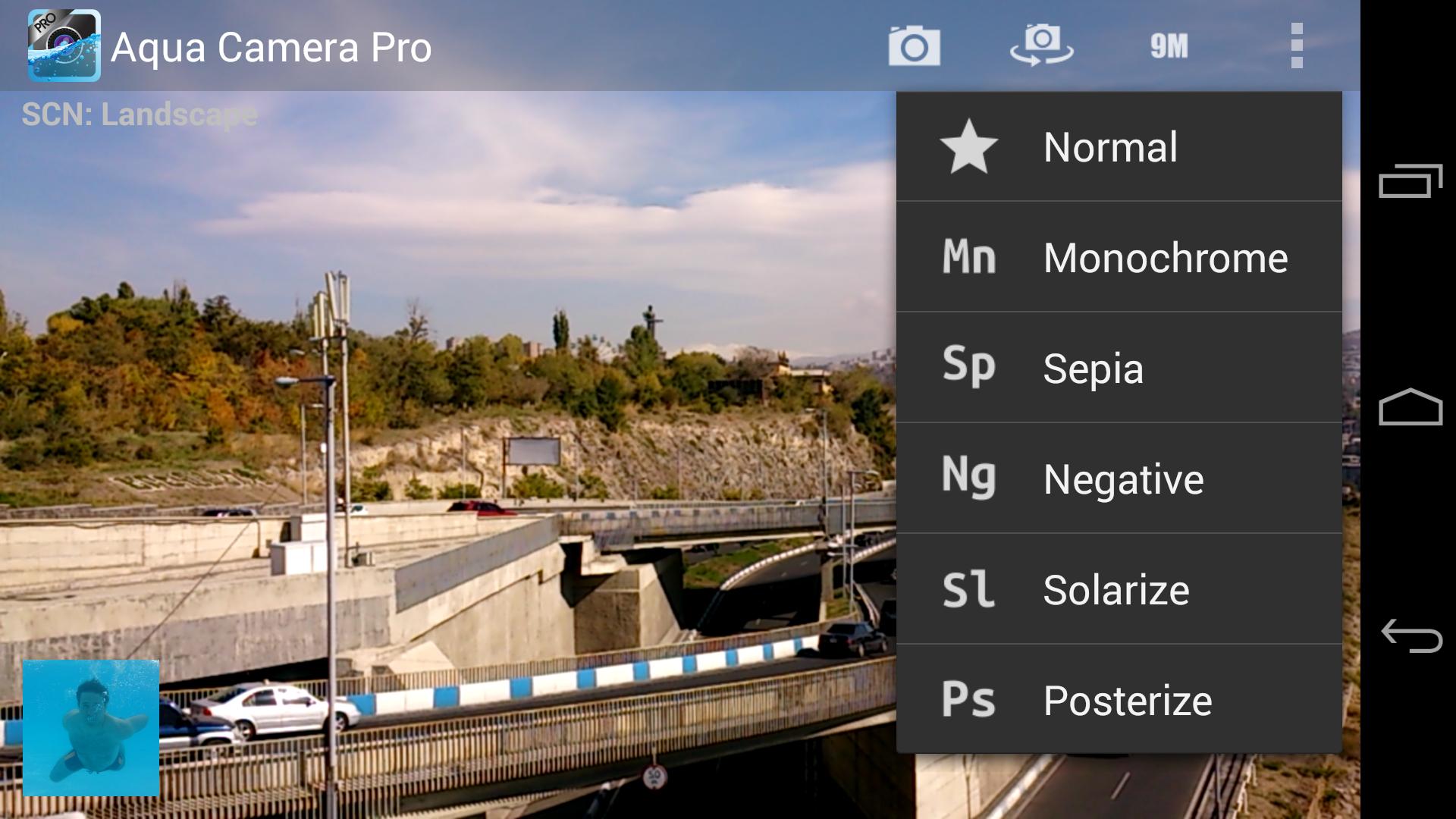 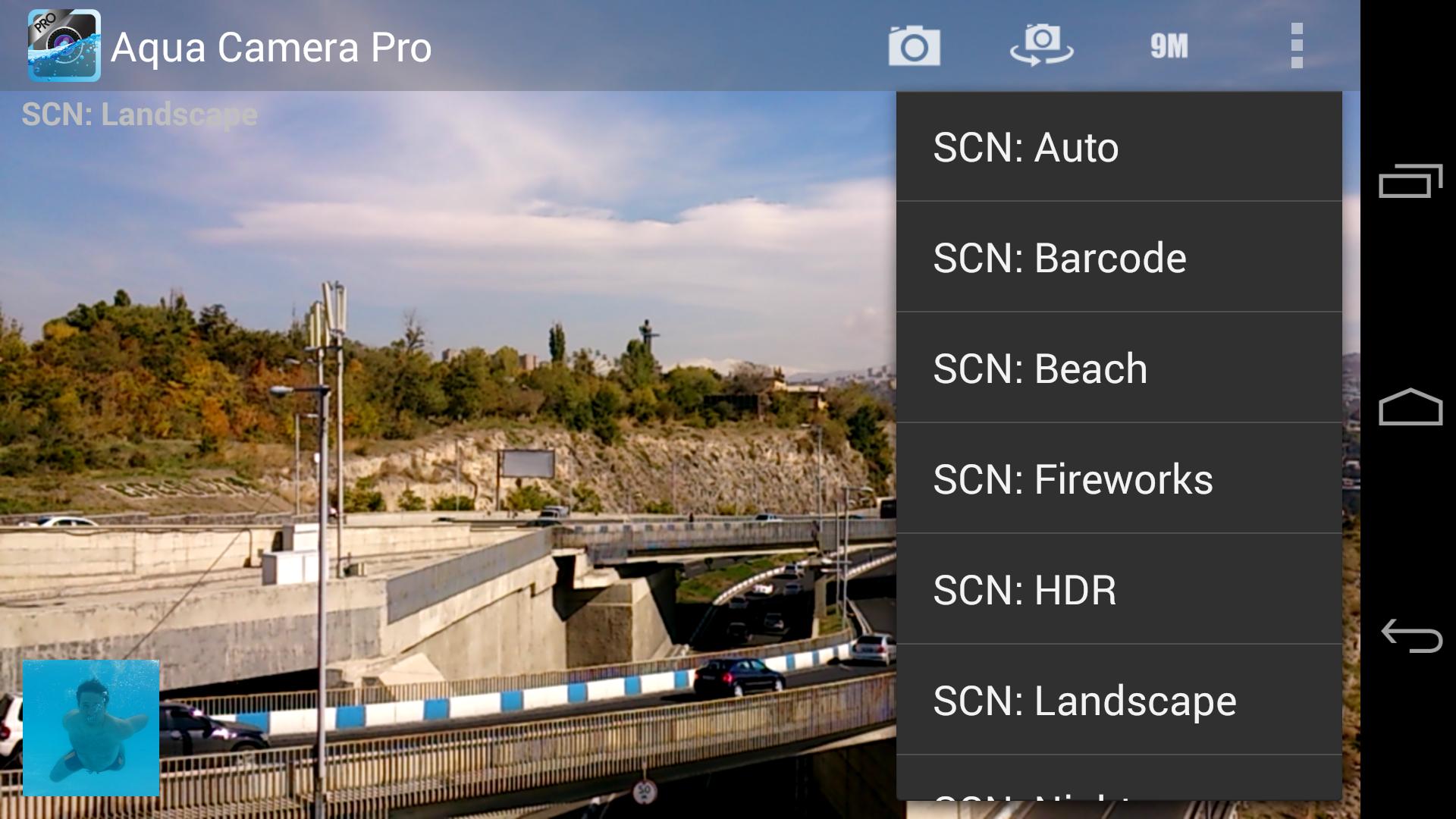 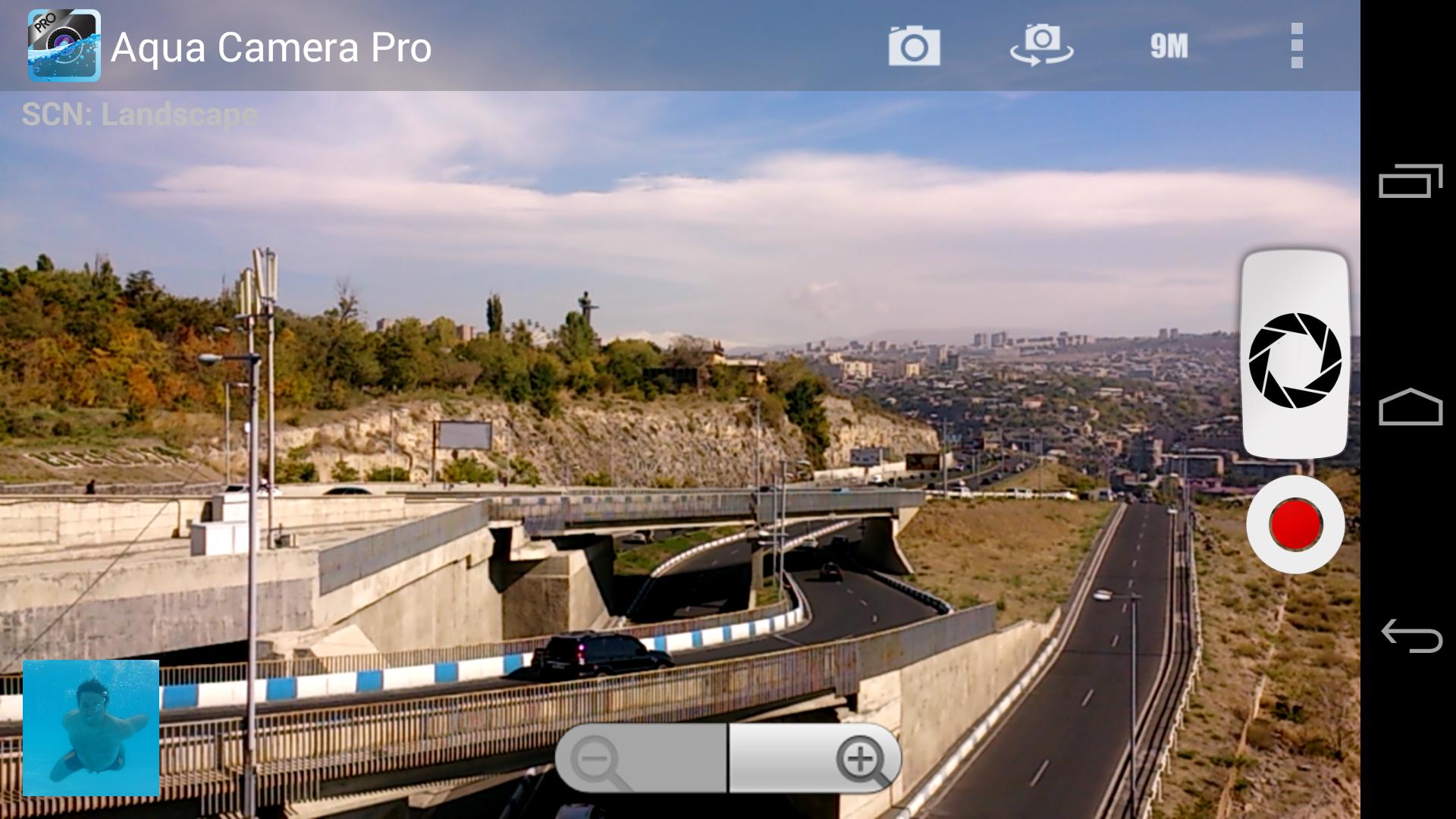 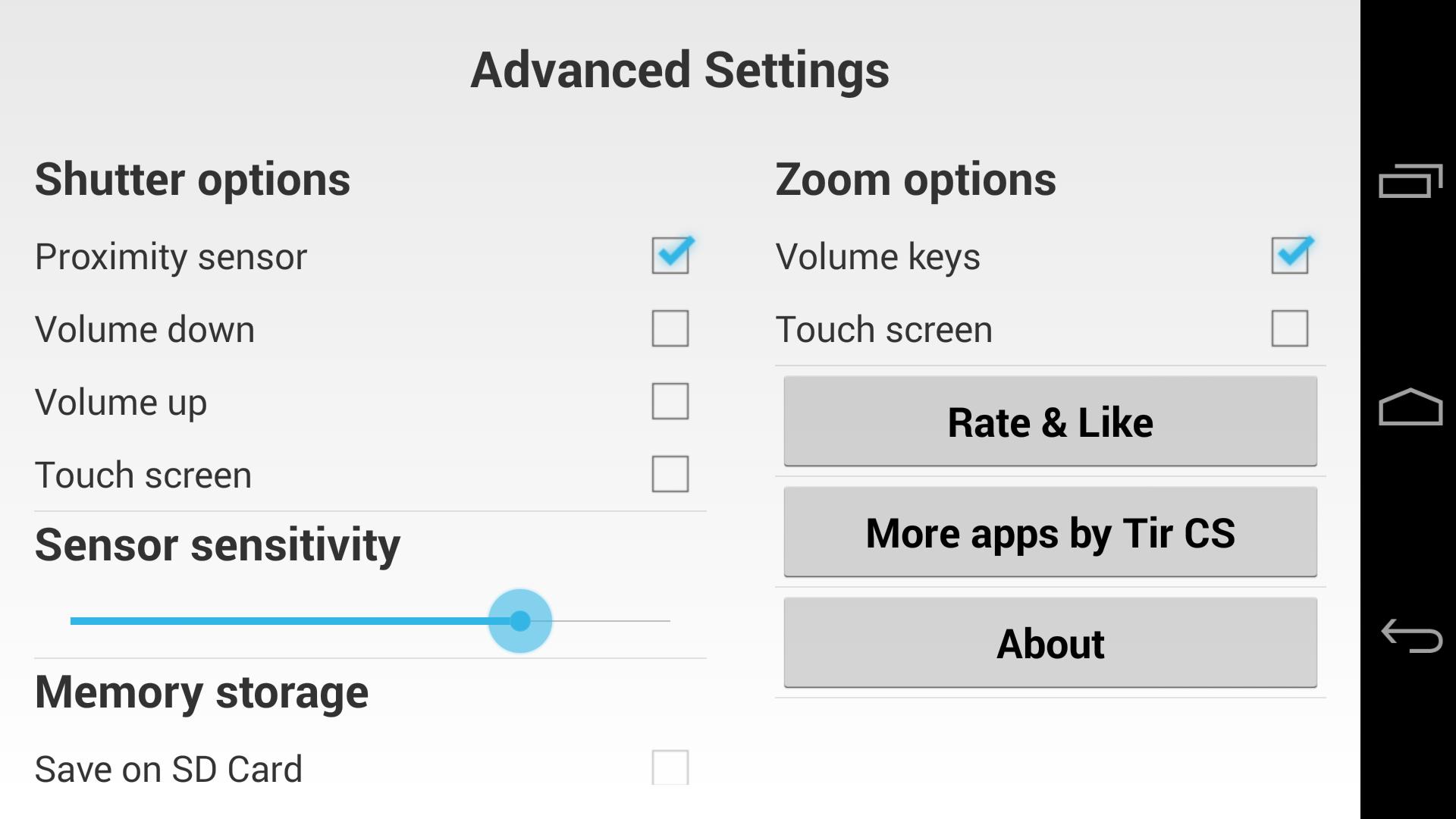 backward
forward
Take photos under the water! Water can't stop you from taking great photos anymore. Aqua Camera Pro is a camera application that enables you to use hardware keys or proximity sensor to take photos and shoot videos. These features are useful, when your device is waterproof, but has not dedicated camera button and you want to take photos and videos underwater. Initially camera has been developed for Sony Xperia Z smartphone, to use underwater, but during development it evolved to full featured camera app, which can be used as normal camera app. Number of supported devices getting more by each new update. The latest version supports all Xperia Z series, including Z Ultra, Z1, Z2, Tablet Z, Tablet Z2, and other manufacturer devices, e.g. Galaxy S4 active or Galaxy S5.

You have ability to use touchscreen buttons also like in other camera apps.

ATTENTION!!! USE YOUR DEVICE UNDERWATER IF ITS WATERPROOFNESS IS GUARANTEED BY MANUFACTURER. TAKE IT UNDERWATER ON YOUR OWN RISK.

"A new camera app developed by xda-developer member AGGevorgyan allows you to take pictures on Xperia Z by tapping the proximity sensor. The idea behind this is that it makes it easier to take pictures underwater, given the absence of a dedicated camera button..." (c) xperiablog.net

"Taking pictures underwater is probably something that not many people have attempted. Of course, not only are the physical and hardware limitations preventing people from doing so, expect for a select ‘few’ devices, but physics tells us that capacitive touch screens will have a hard time registering any taps and swipes when under water. A physical camera button may remedy this issue on the Sony Xperia Z, but how about the proximity sensor?
As an answer to a question along similar lines, XDA Forum Member AGGevorgyan has developed an app that allows Xperia Z owners to easily take photos with the proximity sensor. Designed to rid users of the aforementioned problem, Aqua Z Camera will snap up pictures every time you tap the proximity sensor—simple as that. The sensor sensitivity, being the duration you have your finger covering the proximity sensor, can be adjusted within the app. The great thing is that it doesn’t require root access, meaning it’s a viable alternative to the physical camera button mod..." (c) xda-developers.com

Hot and sexy Girl in Bikini : Suit Photo Editor
MO Studio
new Get a hot girl body and the most beautiful bikini suit in a second!
If you have always wanted to have a perfect body like the famous bikini models,
our new free "photo editor" Girls in Bikinis Photo Montage is your dream come true!

This hot girl in bikini : suit photo editor app brings you in the world of top fashionable bikini suits.
If your are not in good form, and your body does not look as you wish and you want to wear latest trendy bikini suits,

5+ million users are using mojo daily to edit stunning stories and supercharge their creativity through animated templates for your stories. Be part of them!