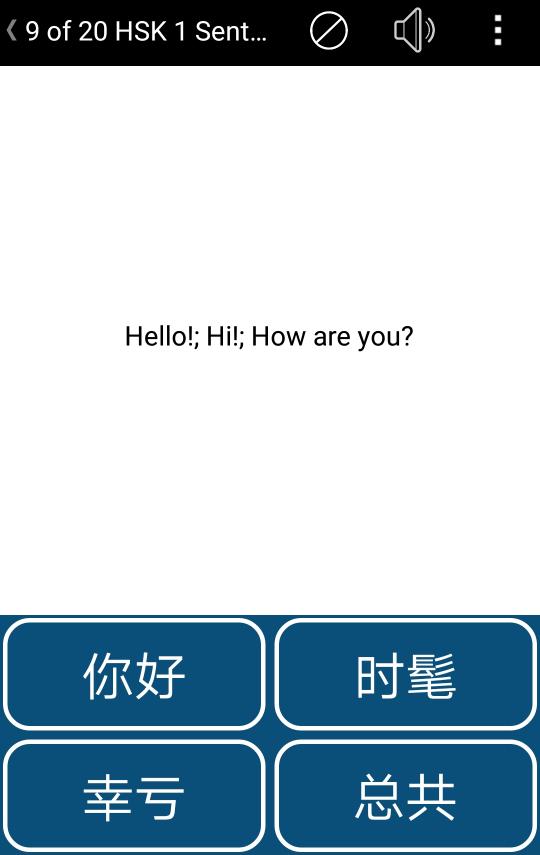 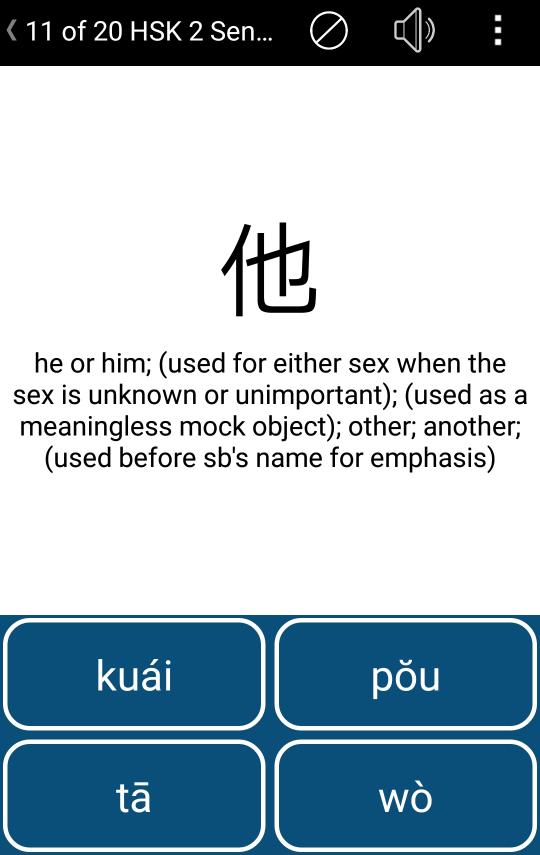 DuShu is a Chinese Reader that will take any Mandarin Chinese text (via copy&paste or from a file) and present it to you in a way to make it easier to read, but at the same time help you learn as much as possible while reading.

DuShu adds tone colors, underlines that show which characters are part of a word, and pinyin. However, Pinyin is not simply added to every character, but only where you need it - the app keeps track of the characters you know. Pinyin can be turned on or off for a character simply by tapping it.

You can read sentence by sentence, with a vocabulary list below the text, or Chinese text only with the vocabulary on a separate page. The vocabulary list shows only relevant vocab according to your skill level. Words you already know can be removed from the list, the app also keeps track of your known words and will not show known words in vocab lists again.

You can also listen to any text, high quality audio will be created via Google text-to-speech. You'll always be shown only the sentence that is currently being read, plus relevant vocabulary items.

Of course there's an integrated dictionary, which beyond usual dictionary-information also shows the frequency, HSK level and a breakdown into constituent components for characters.

You can save your texts & resume where you left off later, and also get lots of information about your text - like difficulty, how many unique Hanzi (=characters) there are in the text etc.

Everything's highly configurable - which words are be shown in the vocab list, which tone color scheme (or none), pinyin always, never or for unknown characters only, text and pinyin size etc. can all be selected b the user. As it will adapt to your skill level, this Mandarin Chinese Reader can be useful for everybody from beginners to advanced learners.

Statistical and grammar-based analysis makes sure the segmentation into words and annotation with tone colors and pinyin is as accurate as possible. Physics Calculator
BM IT SOLUTIONS
Physics Calculator is an app that help the students to learn basics physics, using an intuitive and differentiated way. It is possible to convert units, and calculate acceleration, velocity, time, and displacement.
4.8101

* PLEASE KEEP IN MIND THAT THIS APP IS IN ALPHA STAGE :) *
* You can report an issue or make component request at https://github.com/Proto-App/Proto-Android/issues *
4.8101

With Kids A-Z, students can complete various interactive activities from the Raz-Kids, Science A-Z, and Headsprout products and update their robot avatars on mobile devices.

Students using the app can:
• Access hundreds of developmentally-appropriate books, exercises, and other resources
4.8101