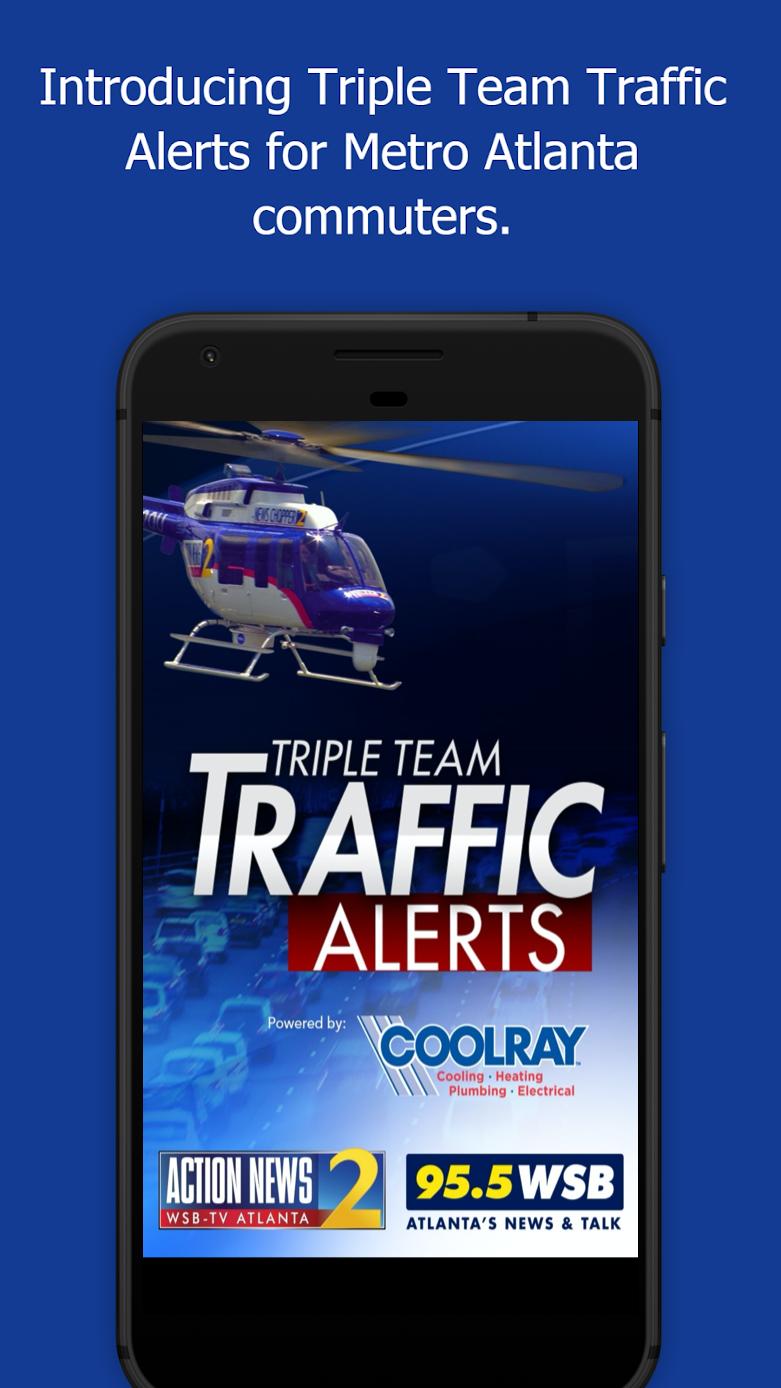 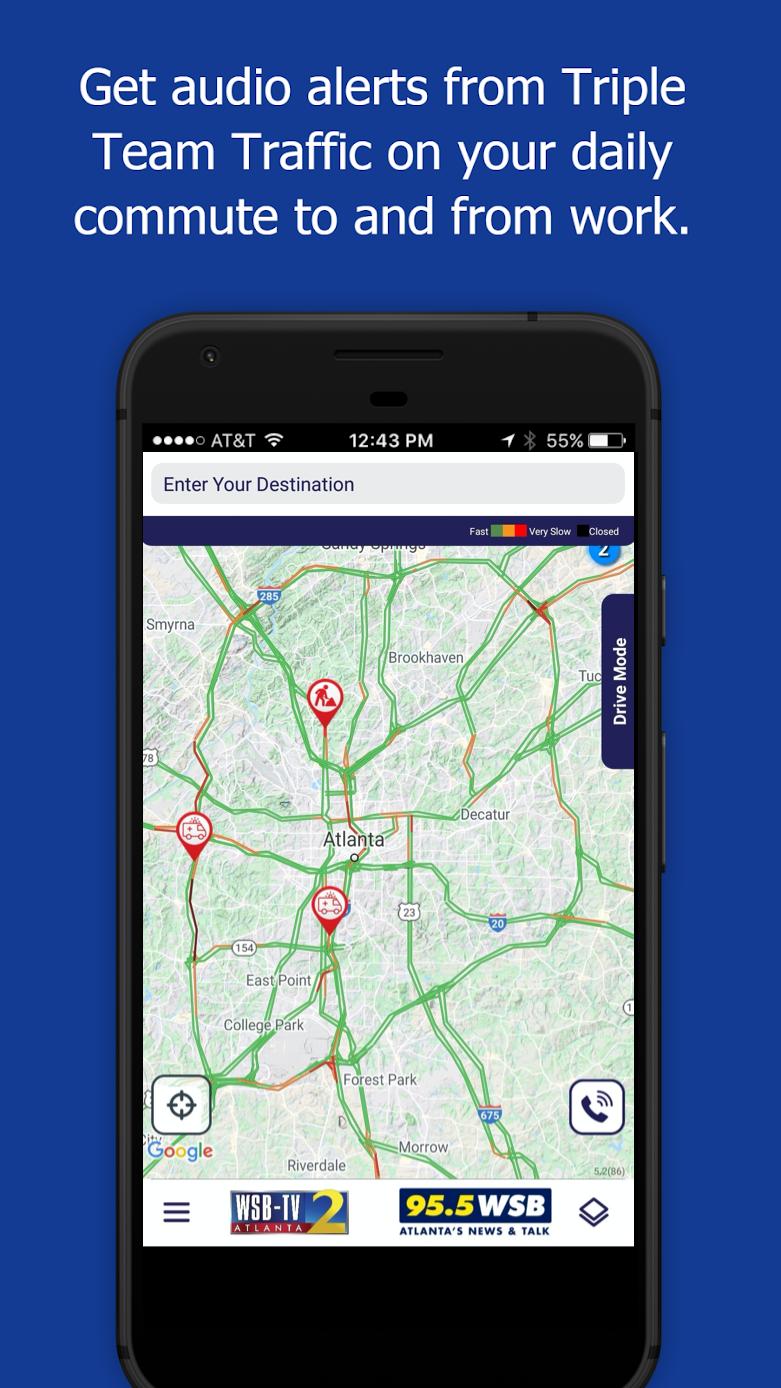 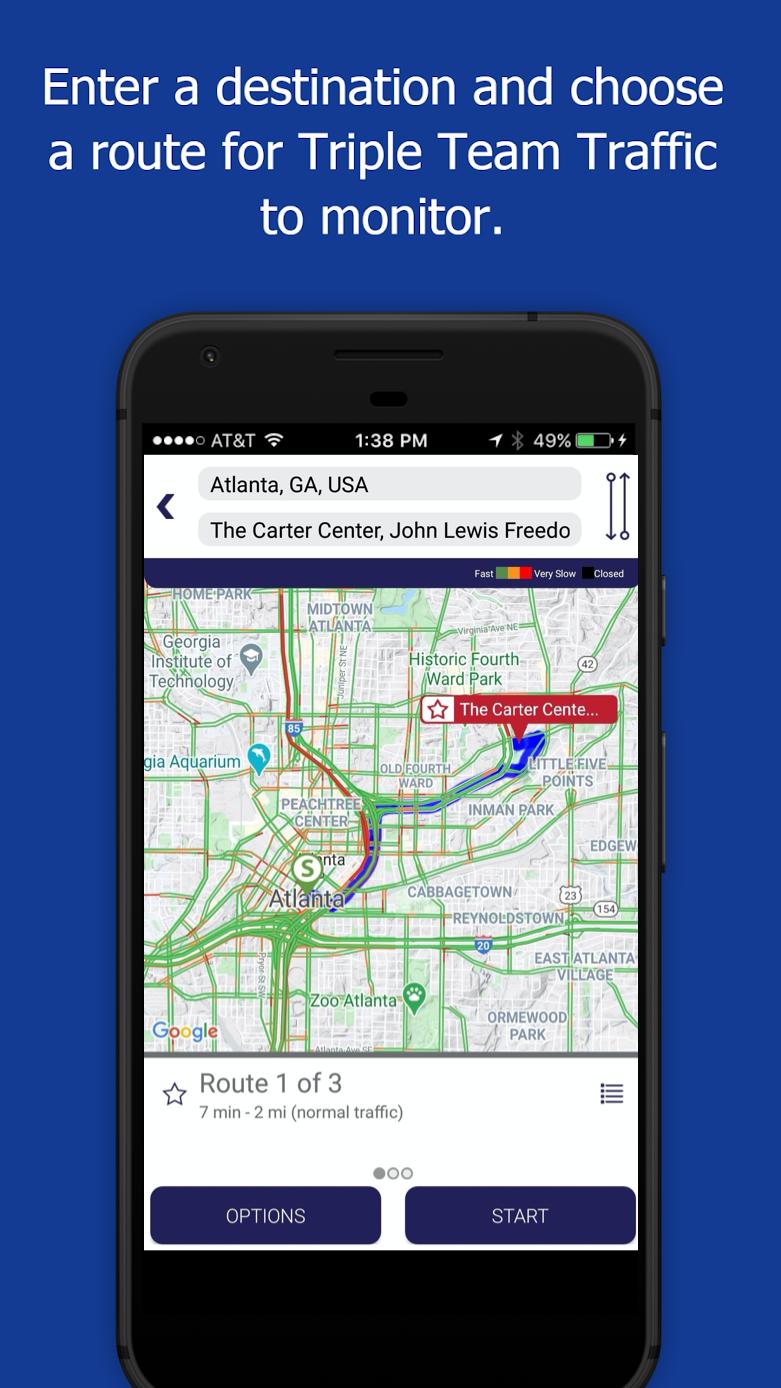 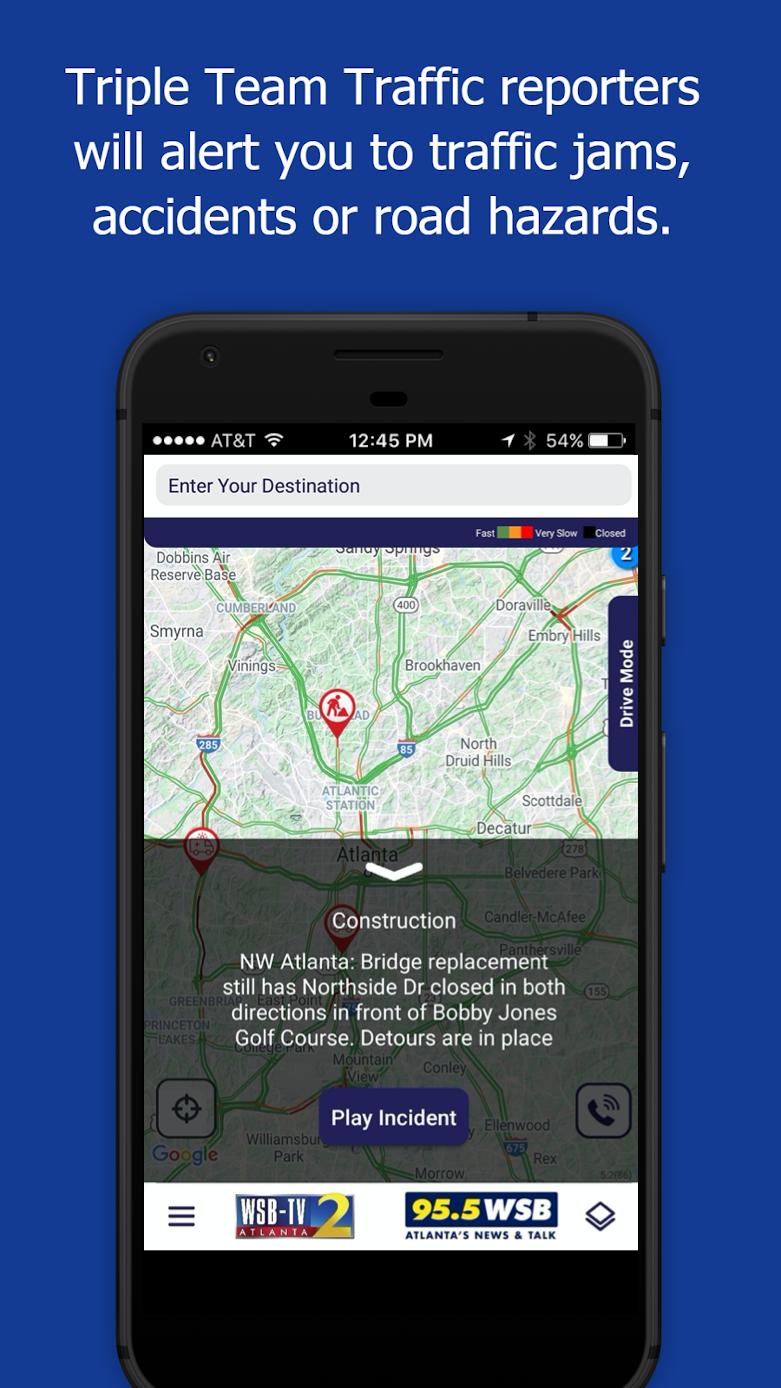 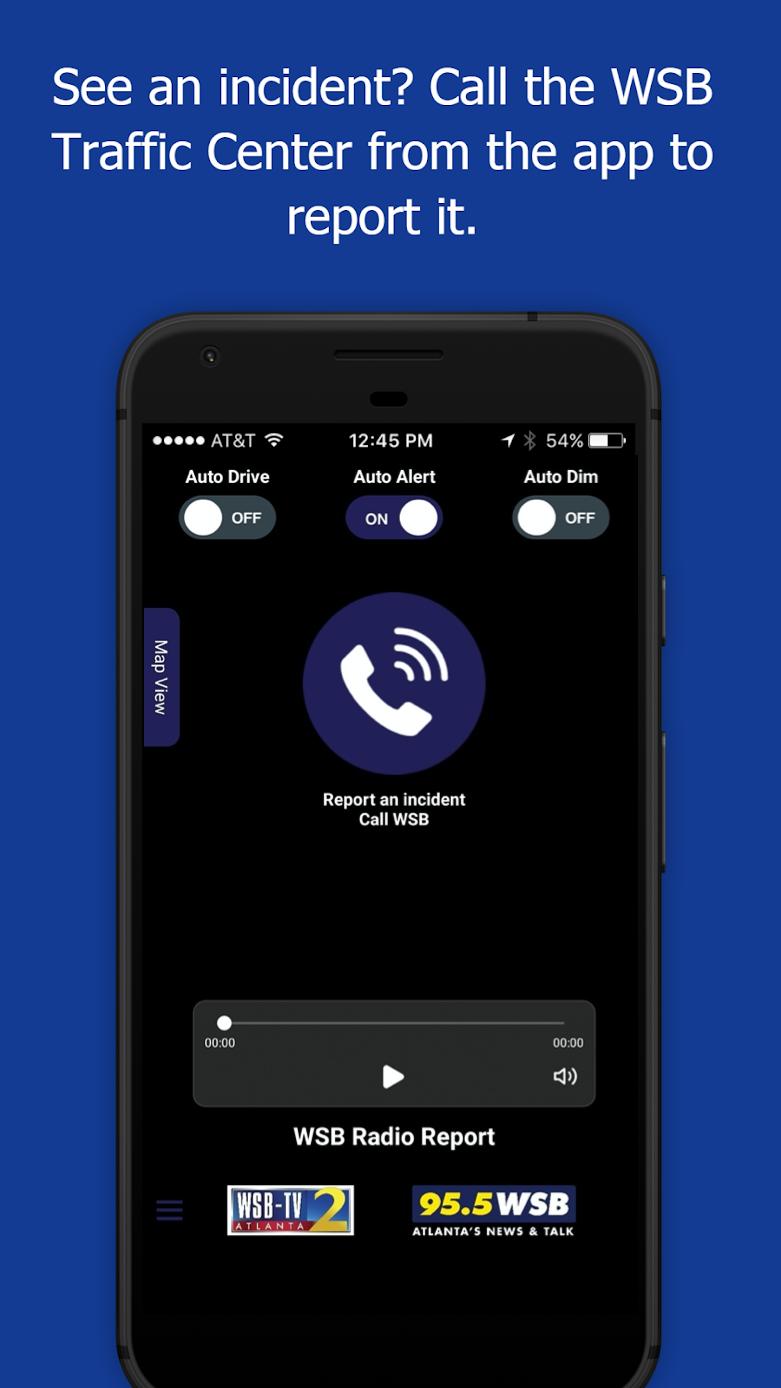 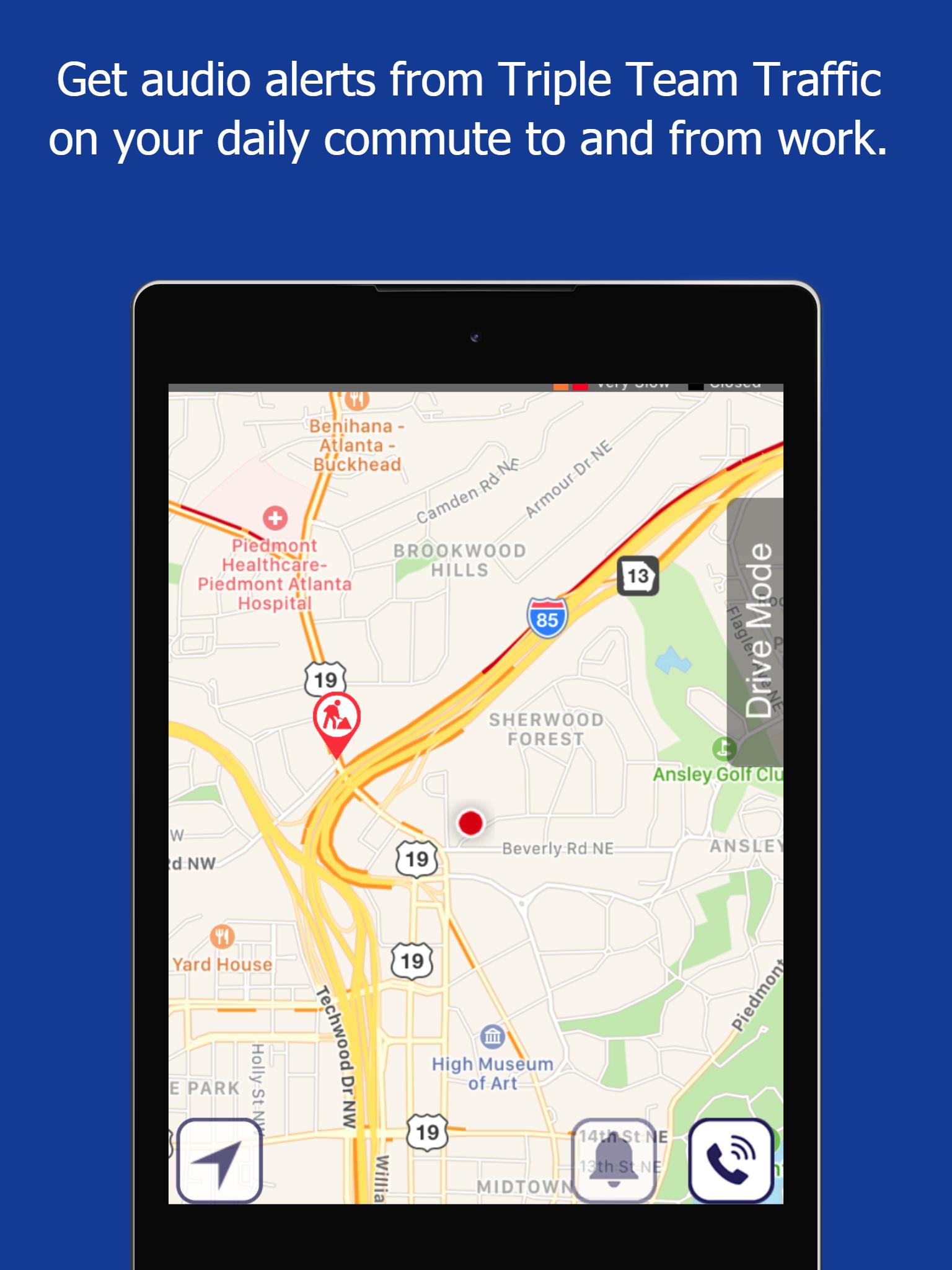 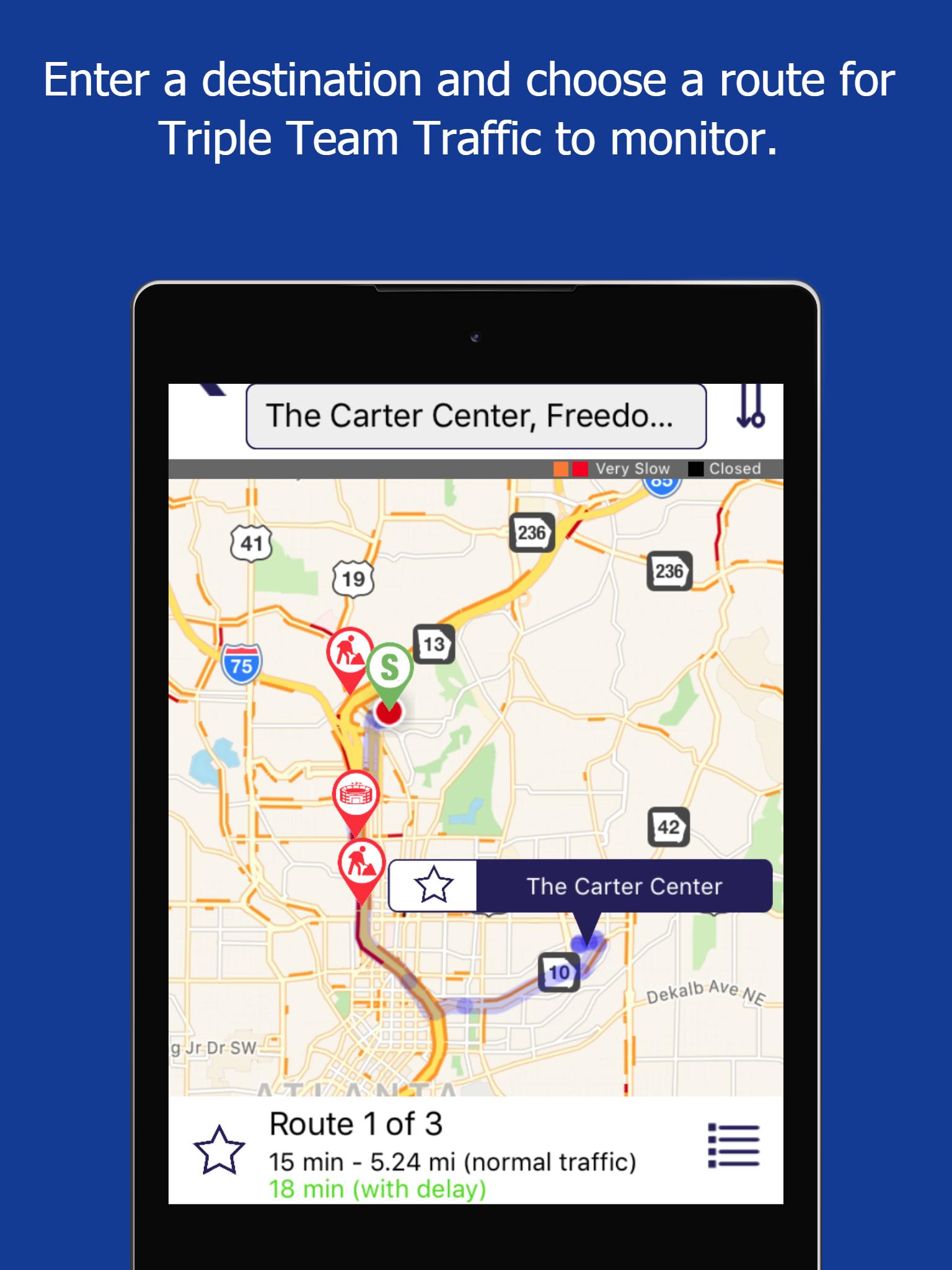 backward
forward
Navigate Atlanta traffic with the experienced and dependable WSB Triple Team Traffic -- reporters in the air, on the ground, and in the Traffic Center, with cameras and Traffic Troopers everywhere…depend on it.

* ACCURATE, REAL-TIME 24/7 TRAFFIC REPORTING from WSB Radio (News 95-5 and AM 750 WSB) and Channel 2 Action News (WSB-TV), flying over Atlanta's major routes in the WSB Skycopter and in Chopper 2.

* HANDS-FREE, AUDIO TRAFFIC ALERTS signal when traffic goes from Atlanta's normal “rough commute” to “impossible” providing alternate options when available. You can decide to take an alternate route, work from home, or call ahead to alert your boss or family of a late arrival!

* WSB 24-hour Traffic Center will deliver geo-targeted Push Notifications about major traffic delays and problems in your choice of the 20 counties in the Atlanta Metro.

* Review the Map before you depart and easily see Incidents, Delays and Wrecks on your route, with text descriptions, and the WSB Traffic Reporters' audio reports. Or schedule notifications to alert you at your chosen time if there are any incidents on your route. Know Before You Go!

* Call the 'WSB 24-hour Traffic Center' directly, located in Midtown Atlanta, where your eyewitness reports are the dependable crowd sourcing that’s reviewed and confirmed via WSB's expansive, exclusive access to the GDOT's hundreds of traffic cameras.