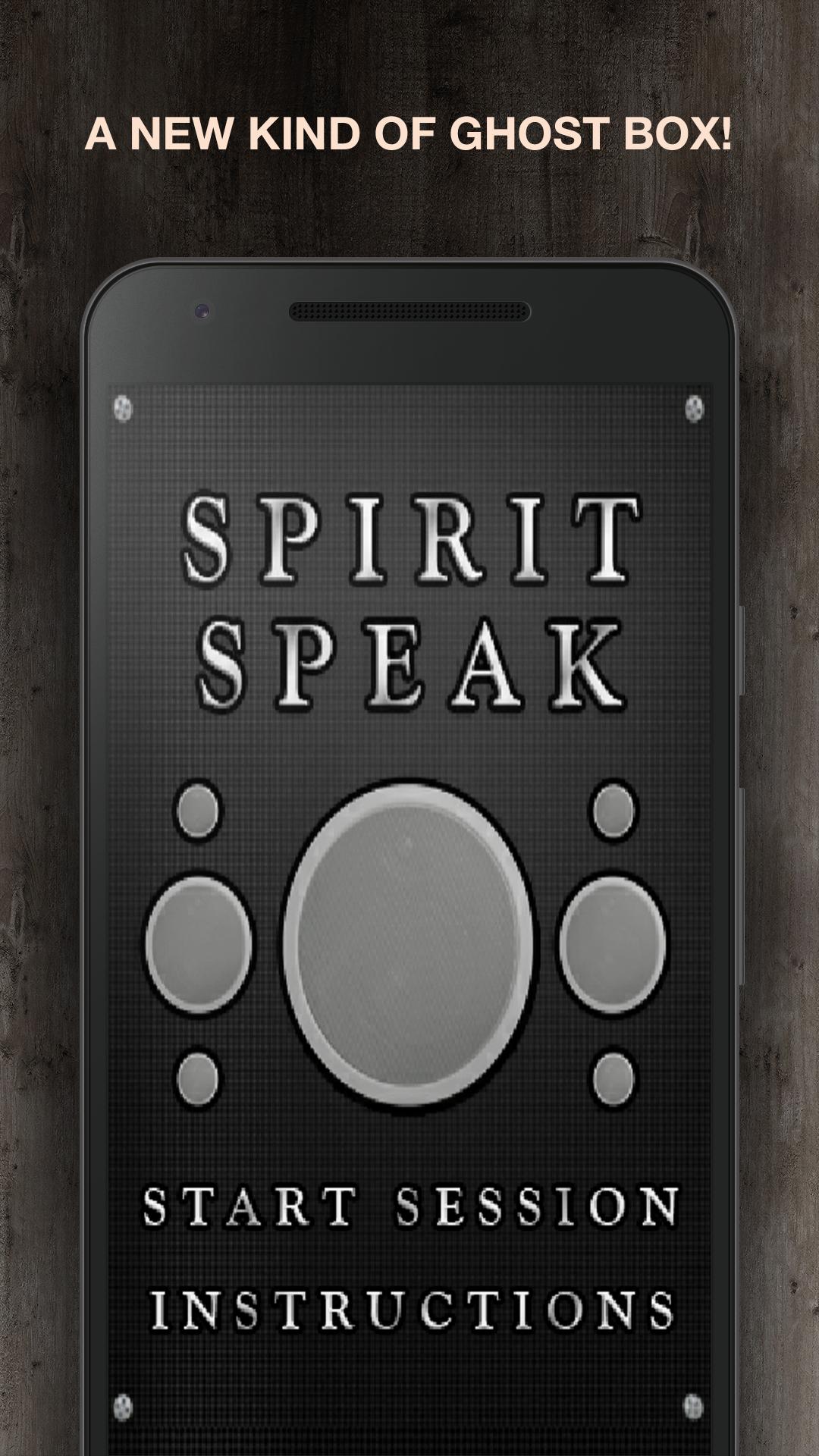 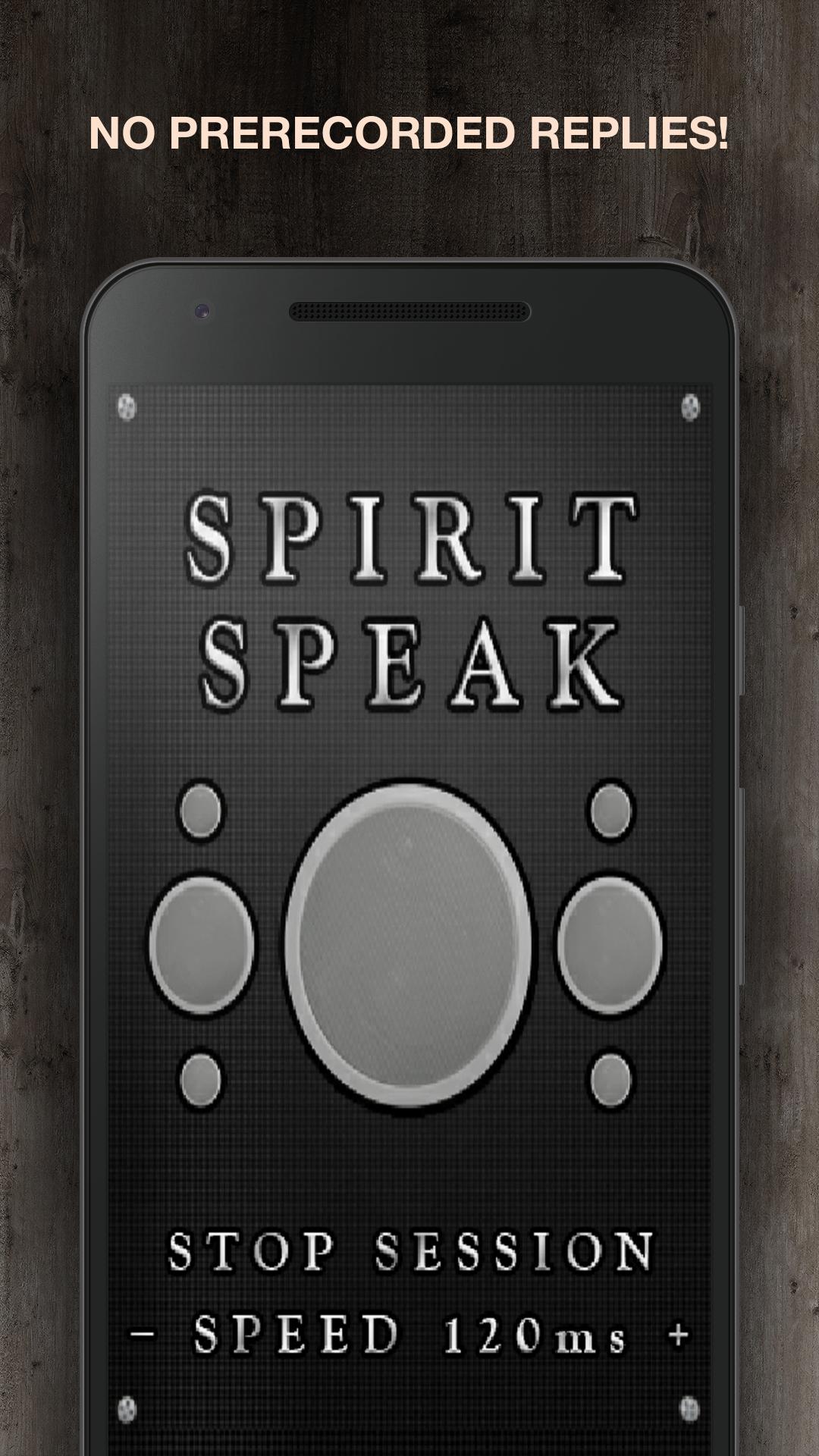 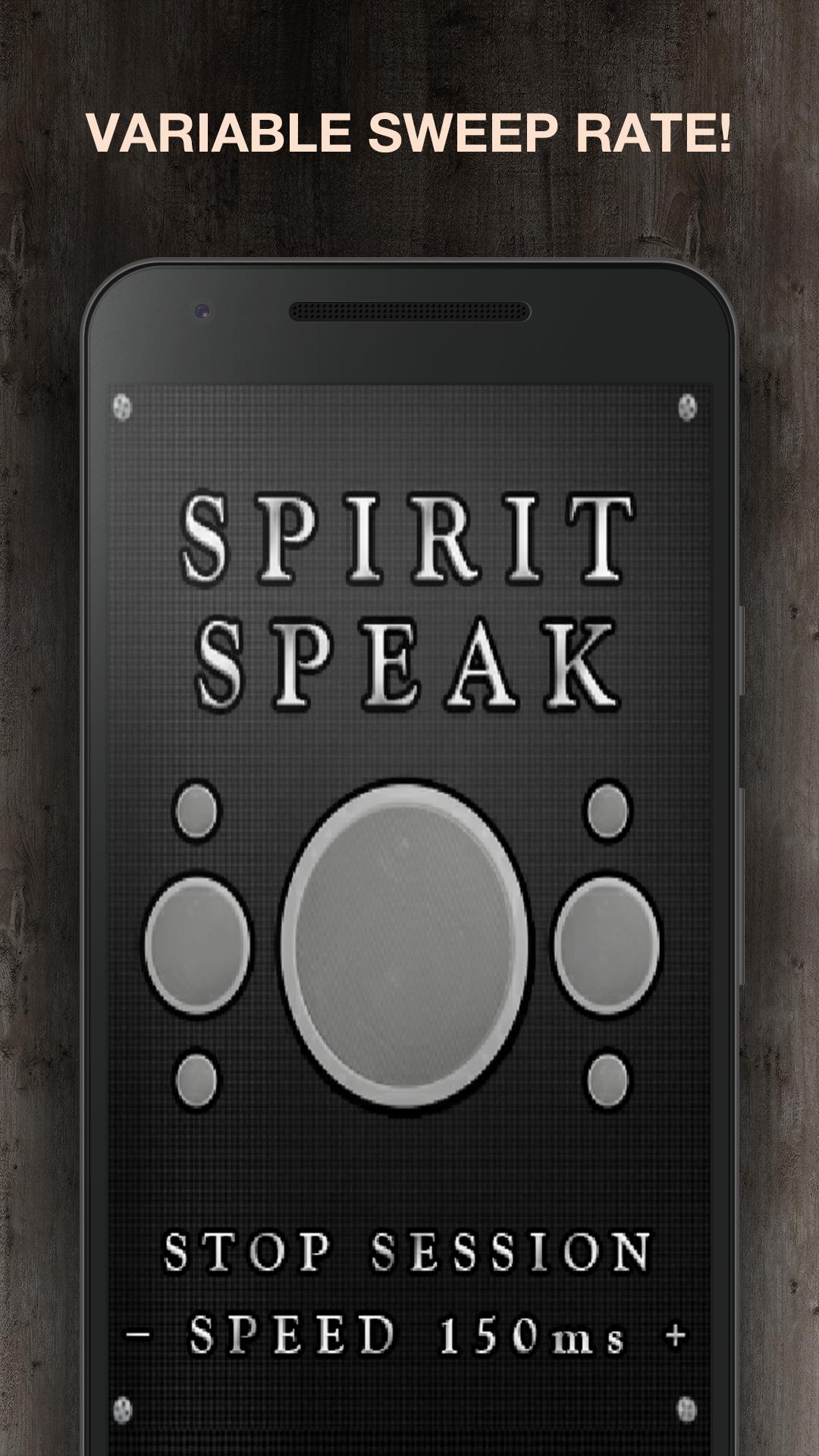 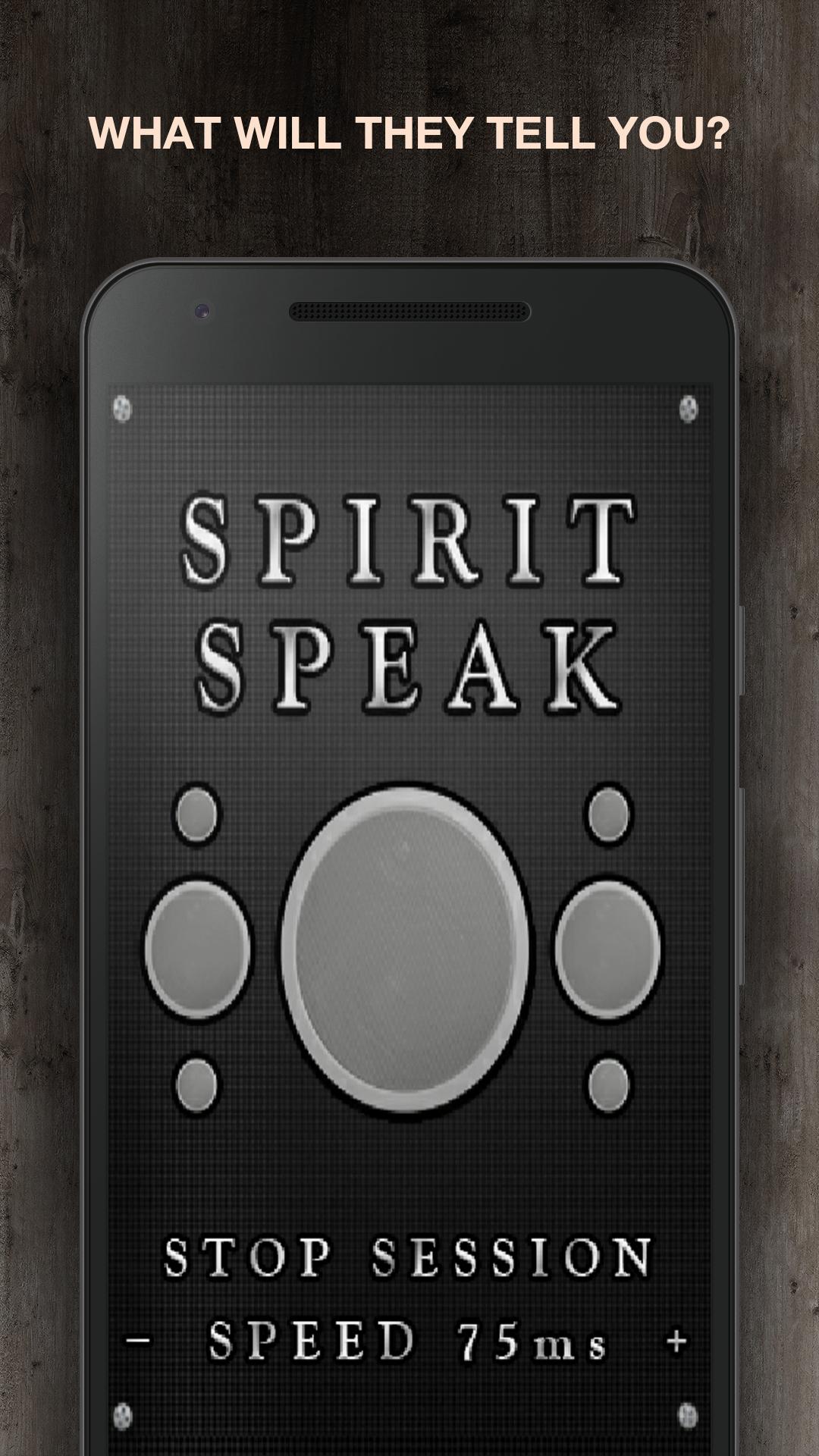 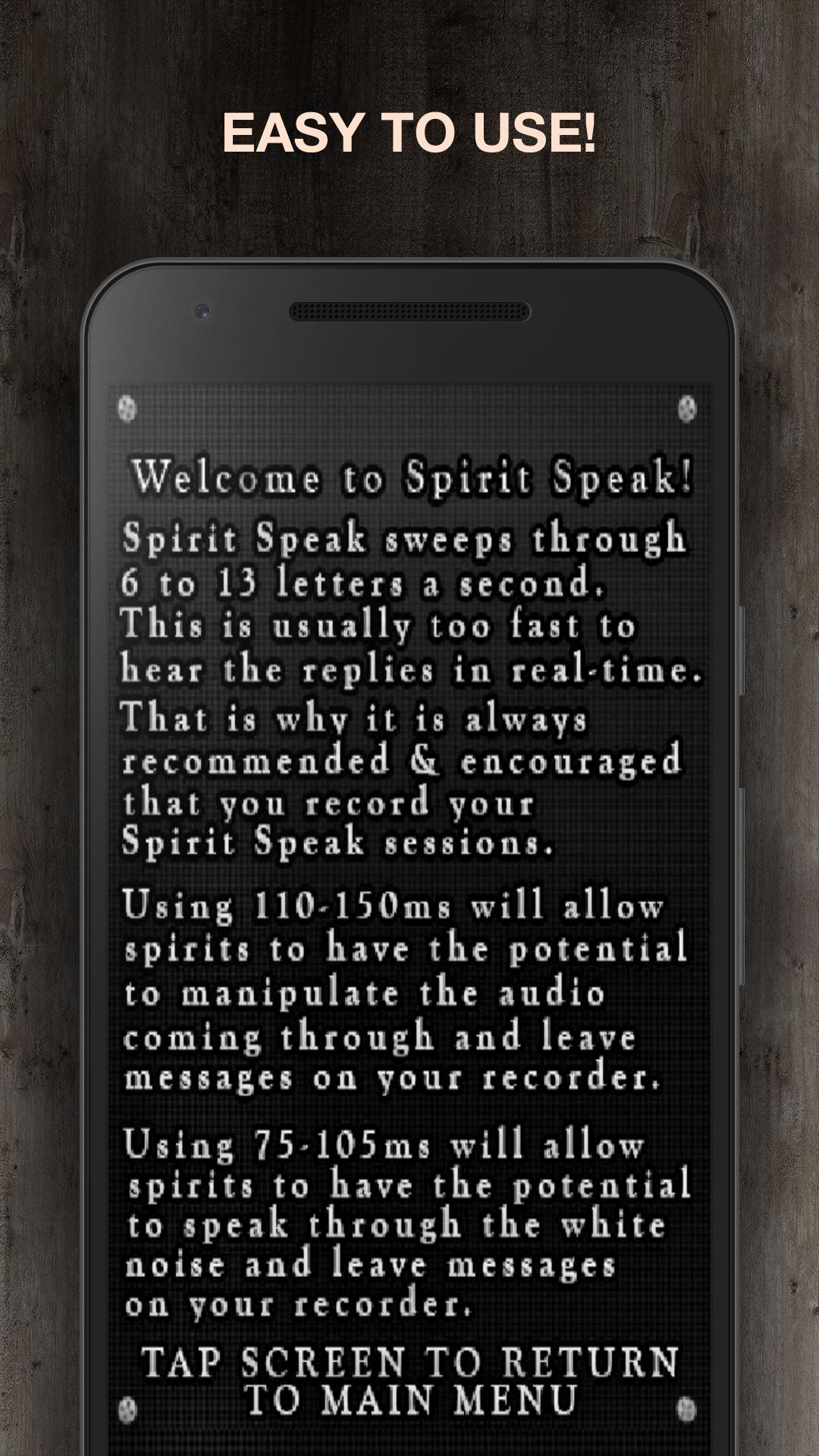 backward
forward
THIS APP IS NOT A TOY! IT IS MEANT FOR PARANORMAL INVESTIGATORS!

This is the first Ghost/Spirit Box App that does NOT play the same audio files over and over from prerecorded "banks". Most of these "Ghost Box" apps are full of "banks" of audio that have full word replies, usually taken from audio sources that mention things relating to the afterlife. Other Ghost Box apps scan internet radio stations, that are talking about the paranormal! Some of the apps are literally playing the same 30 minutes of audio over and over on a loop. Spirit Speak leaves out all of that nonsense! No one wants fake replies.

I was personally sick of seeing all of these apps on the market, some for a ridiculous amount of money, that were giving the users fake responses and making them think they were actually talking to spirits.

Spirit Speak is the first Ghost Box app of its kind. There are NO prerecorded sentences, words, phrases, etc. The source of the audio is simply letters that were recorded by the developer and is all in the exact same voice. This solves the issue of false responses, that many of the other apps suffer from.

If you hear responses in different voices, you will know it is 100% a spirit reply, since every letter was spoken by the same person in the same voice.

NO ONE has the ability to program prerecorded responses into this app, not even the developer!

While there might not be as many replies coming through this app as other ones, you will get to know that these replies are 100% authentic and are actually the voices of spirits.

Please use this app at your own risk. The developer is NOT responsible for anything paranormal that happens to any user, because of the app.

*THE DEVELOPER IS NOT RESPONSIBLE FOR ANY RESPONSES THAT YOU MAY FIND OFFENSIVE. NOTHING OFFENSIVE WAS PROGRAMMED INTO THE APP.*

*This app does not guarantee that you will communicate with spirits, angels, or any other entities. Everyone will have different experiences.* 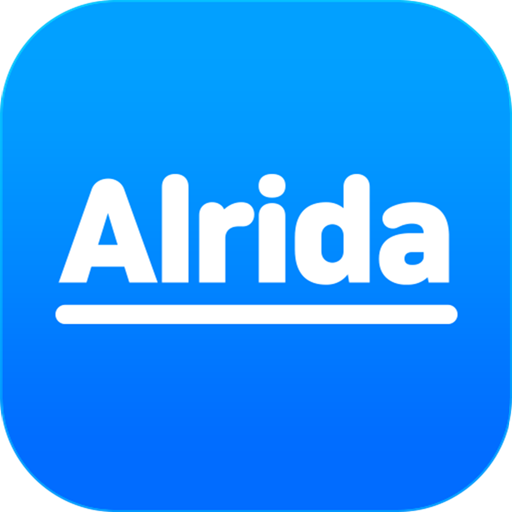