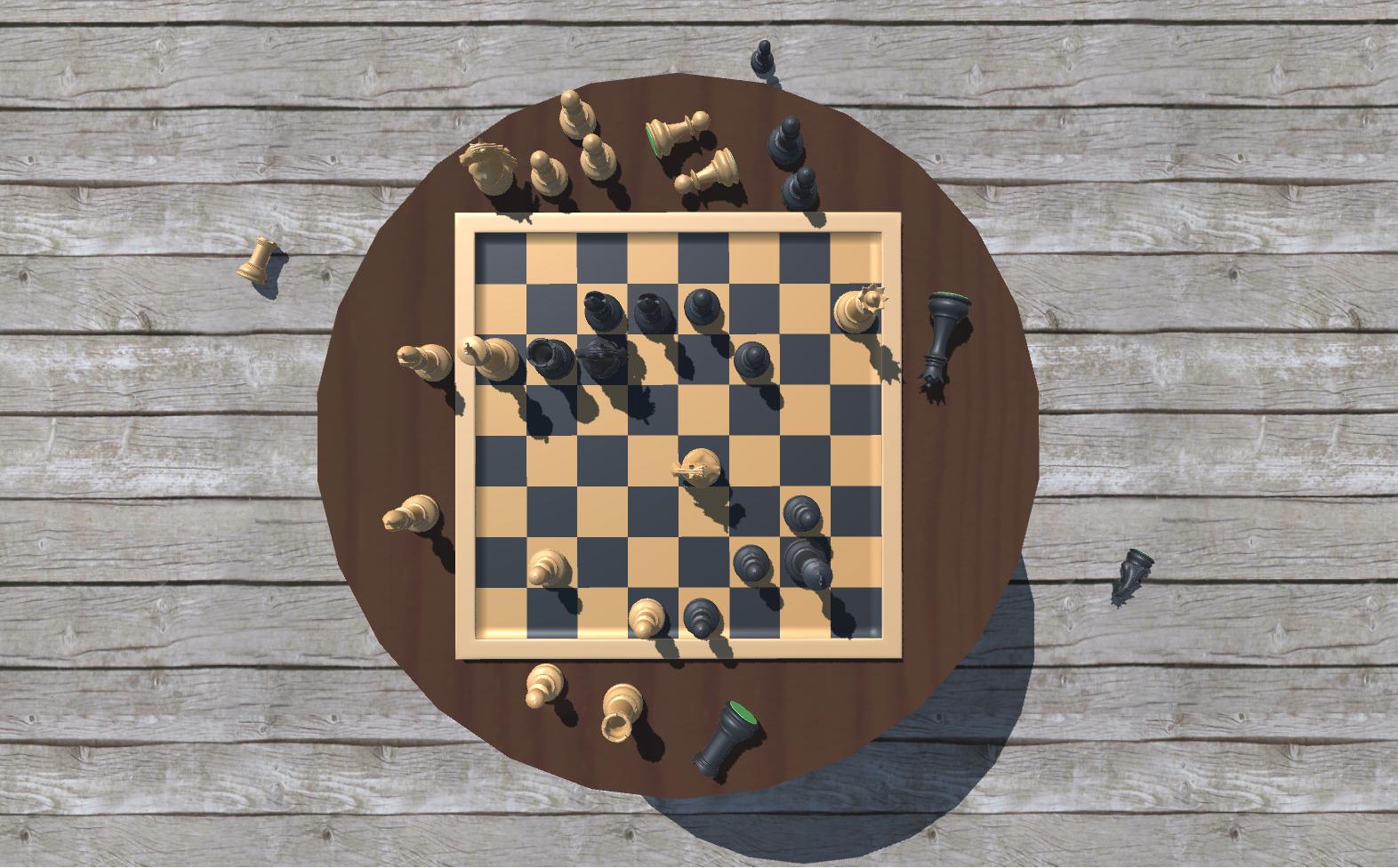 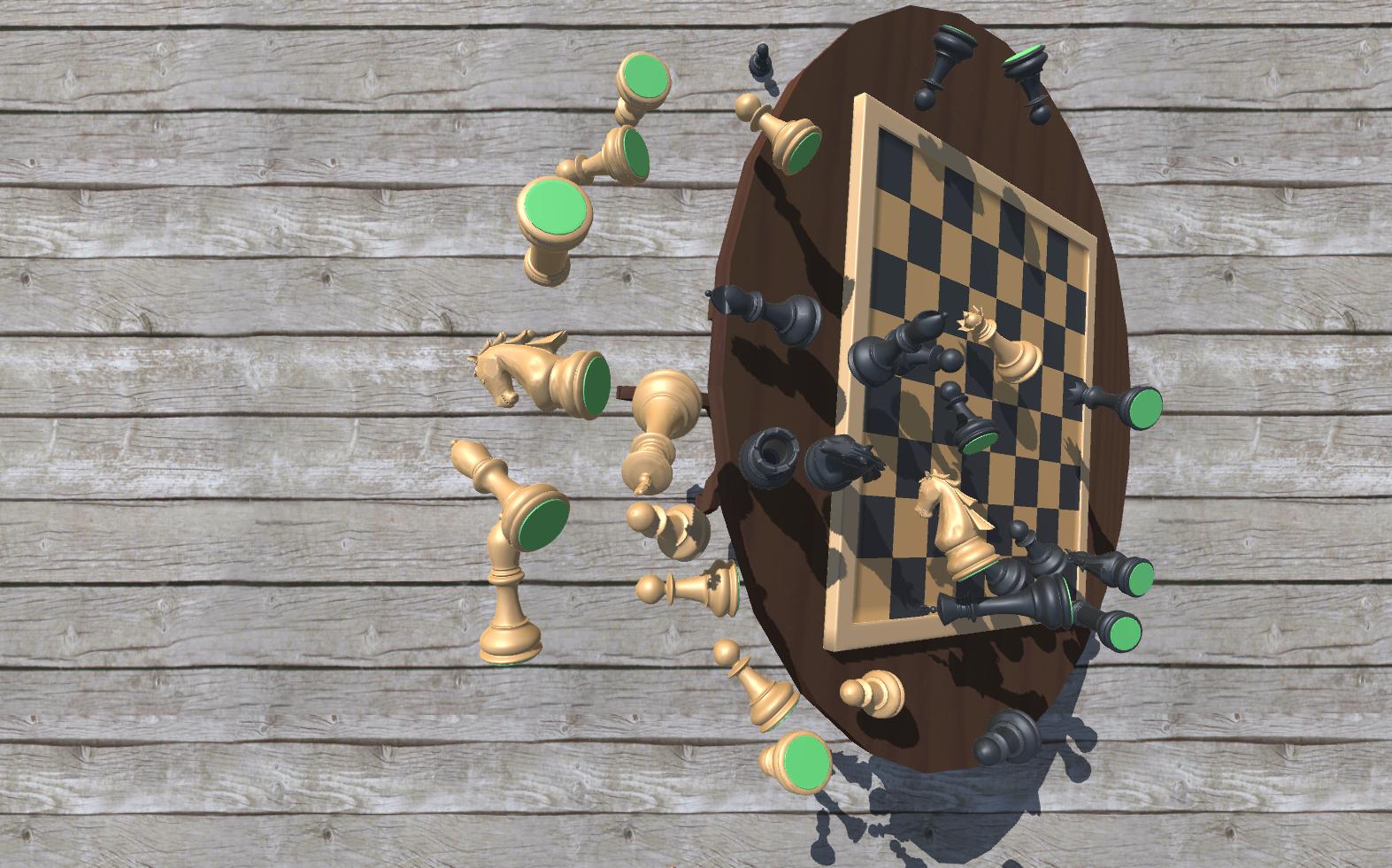 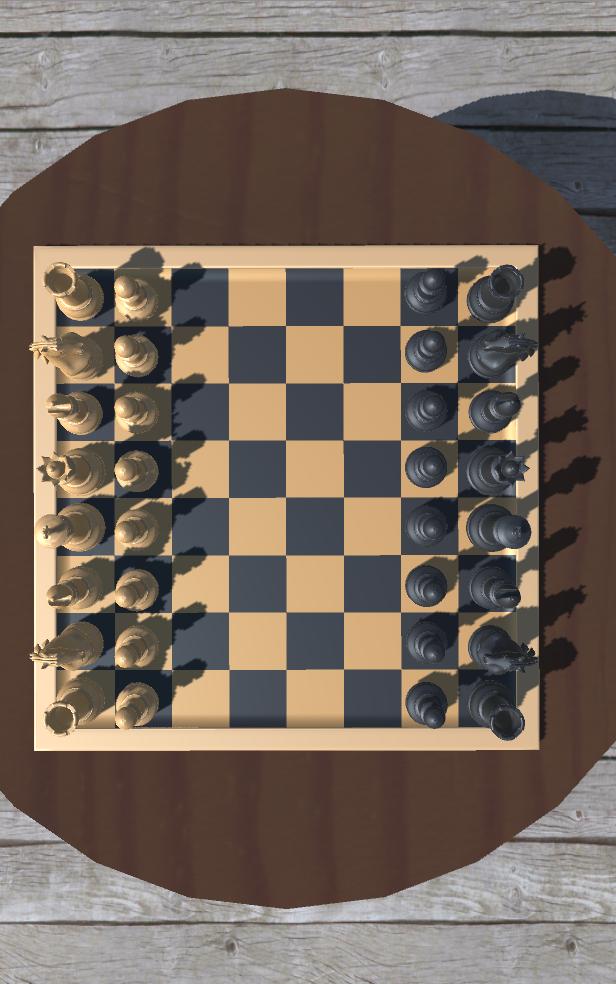 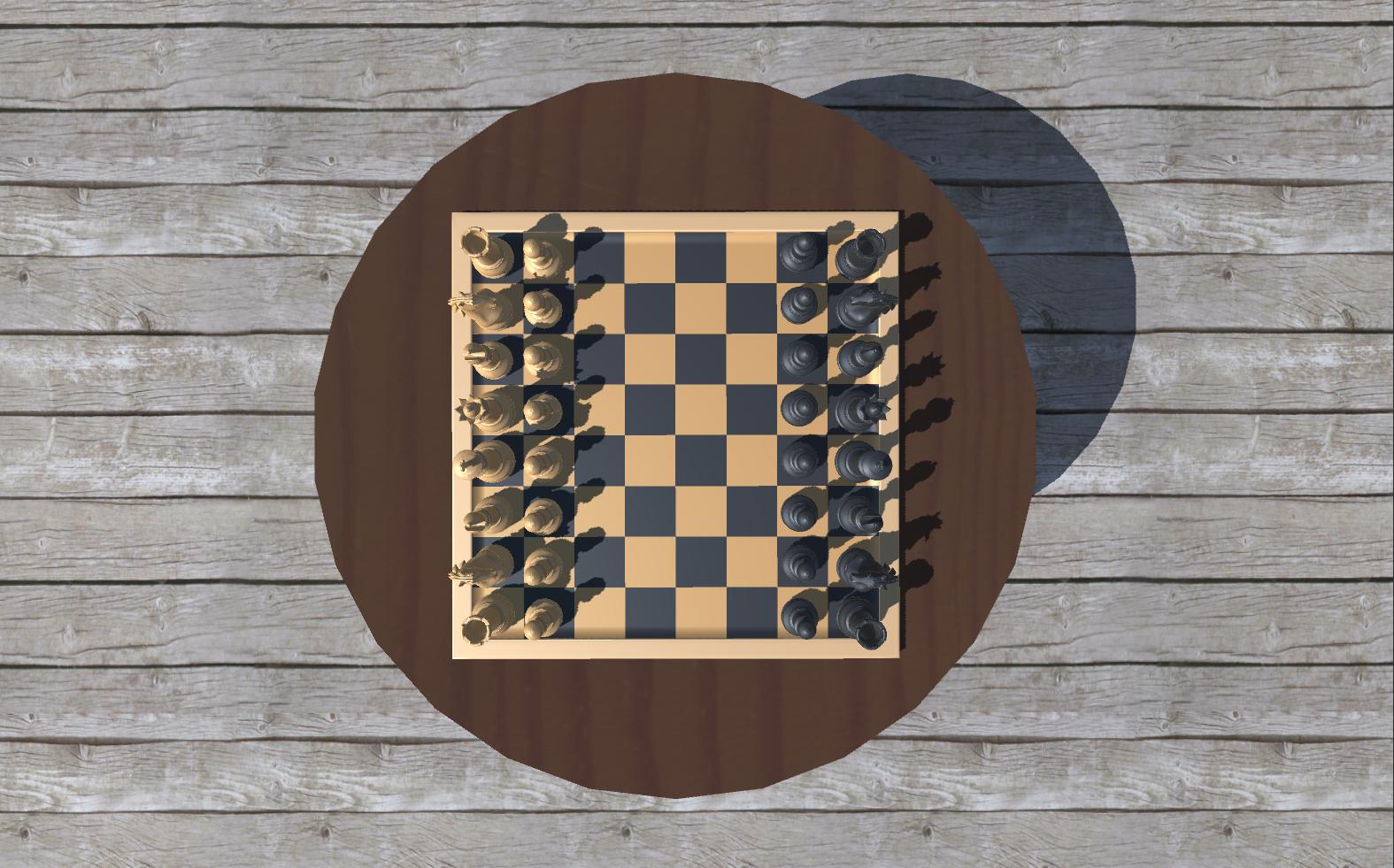 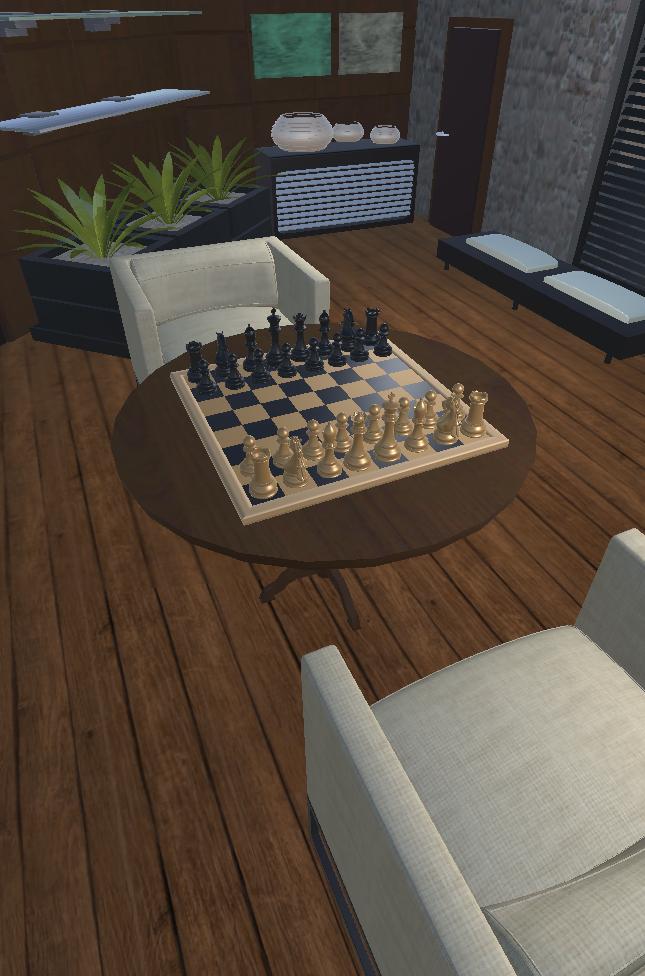 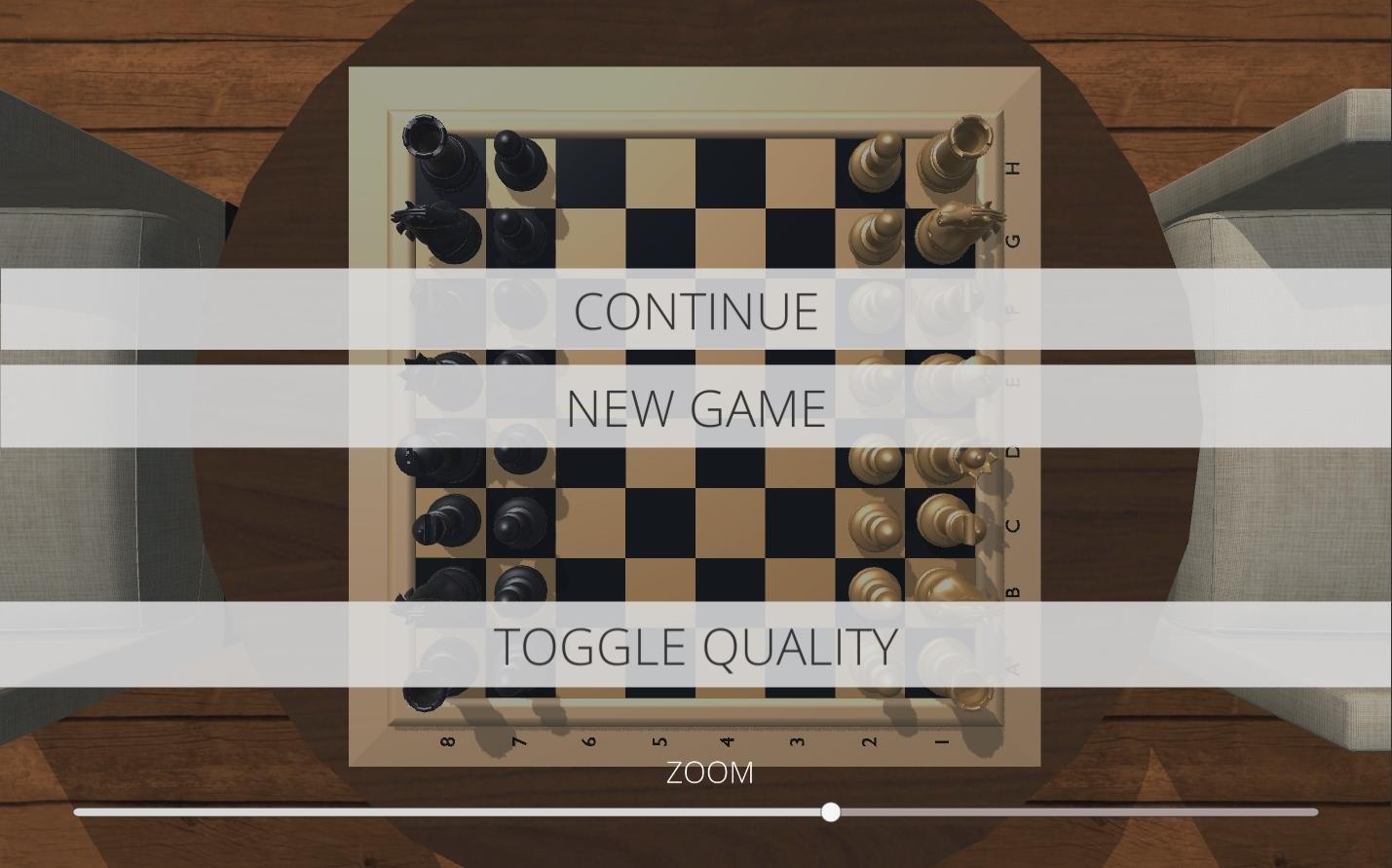 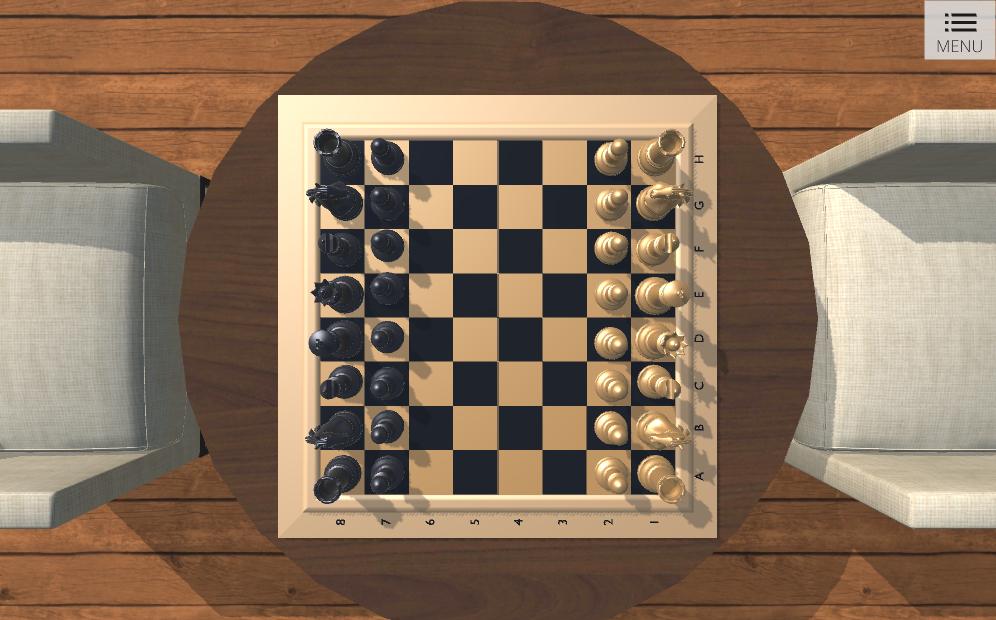 backward
forward
HOW TO PLAY
Hold and drag a piece to move it. Several pieces can be moved at once.
Holding a piece will rotate it upright if it has fallen over.
Hold, fling (to give it speed) and release to throw a piece.
Other objects are interactable like table, chairs and other furniture.

The game is a chess sandbox (hence simulator). You have the freedom to do whatever you want on the chessboard, including playing versus someone else (on the same device), or against AI (computer).

ABOUT
Chess Simulator 3D sets up a board for you. How you play is up to you. Grab a friend, family member, fellow chess player or anyone, to play chess with just like on a real chessboard. Use your finger to move the pieces freely. With this simulator, you'll have a chess set with you always.

This game is made by a single developer. Feedback regarding what can be improved is appreciated. An ad is shown at the start of every game to support development.

HOW TO PLAY?
● The mechanics is super easy! Aim is to REMOVE ALL 3D OBJECTS
● Easy rule to play: Only need to TAP the PAIR identical 3D OBJECTS and connect them!
4.8101